We are carrying out essential maintenance to our websites on Saturday morning.

Another flag will also be flying at the Council Offices in Farnborough. 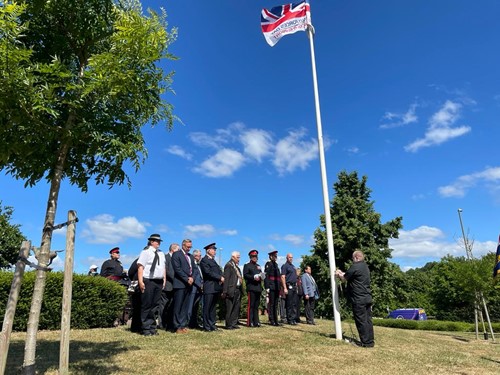 We would also like you to join us for our Armed Forces Day Prom in the Park 2022 on Saturday 25 June.

About the Armed Forces Day

Armed Forces Day is a national event that honours everyone who makes up the armed forces community, including serving troops, service families, cadets and veterans.